We Can Rebuild Him, Revisited 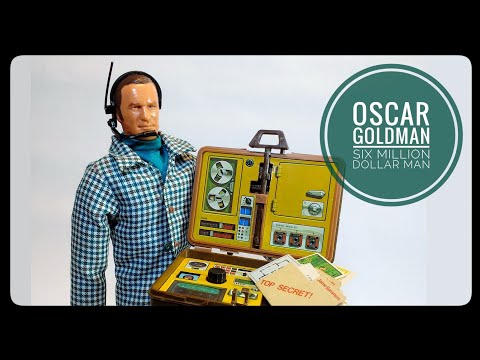 This is a re-post of a favorite mix, its pure early to mid-70's bliss.

1. Girlfriend-Harry Nilsson
2. Intuition- John Lennon
3. My Fault- The Faces
4. Easy Now- Eric Clapton
5. Short and Curlies- The Rolling Stones
6. Trying To Make A Fool Of Me- The Delfonics
7. Wailing Of The Willow- Astrud Gilberto
8. Living Without You- Randy Newman
9. Sweet Thing- David Bowie
10. Letting Go- Paul McCartney & Wings
11. Look Up, Look Down- Liam Hayes
12. Deep Blue- George Harrison
13. Ride On- AC/DC
14. Hard Luck Woman- Kiss
15. Time Waits For No One- The Rolling Stones
16. Candidate- David Bowie
17. All We Ever Got From Them Was Pain- Alex Chilton
18. Just Another Honky- The Faces
19. So Much Music- Liam Hayes

In retrospect there should have been something from The Who By Numbers in this mix, either Slip Kid or more likely this one.

Wassup America? It's Your Boy Ice-T

This is my favorite commercial of late. Yeah I have favorite commercials, it's just the nature of the exciting kind of life I'm living. I like to make like the one dude and tell people no i don't have to pay for this, why? I got car shield.

Dreaming On Wednesday About A Bit of 1981

She Broke Her Needle And She Can't Sew X 6

Robert Wise is a very underrated director, he directed two of my favorite musicals, West Side Story and The Sound of Music, along with a great number of films in a variety of genres such as The Set Up, The Day The Earth Stood Still, I Want to Live!, Odds Against Tomorrow, The Haunting, The Adromeda Strain and Star Trek The Motion Picture. He started out as an editor of films like Citizen Kane and The Magnificent Ambersons. West Side Story is an amazing looking film and features the lovely Natalie Wood and the great Russ Tamblyn, who in addition to singing, dancing and acting was also involved with the avant garde West Coast scene centered around Wallace Berman and his Semina magazine for which Russ contributed collage and poetry. And to top it all off his brother   Larry Tamblyn was the organist and singer in the Standells.  Pretty hip resume.
Posted by William 0 comments 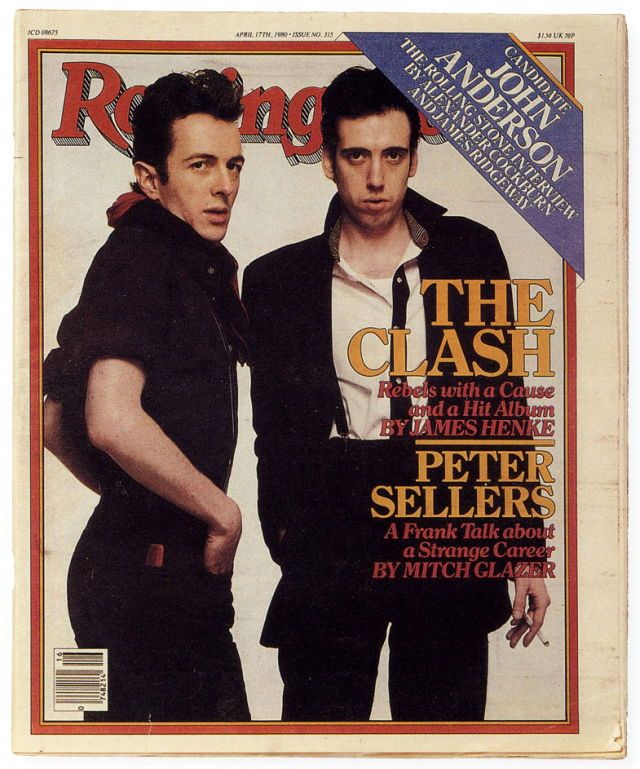 I was sitting in a barber's shop waiting for my mother to get her haircut and the radio starting playing The Clash's "Train in Vain", it sounded as good today as it did when I first heard it and it shot me right back to the summer of 1983 when I first bought the London Calling album. At least I think it was '83, I know I was in 7th grade or had just finished 6th maybe, and I was in tennis camp.  That tennis camp was cool too because there was a beautiful French girl in my class who I dug as did several other boys.  The instructor was French as well, I remember him being visibly disgusted when in answer to what I had to eat for lunch I told him hot dogs and french fries.

But I digress back to the Clash; I had talked my folks into making a pit stop at the record store (Sound Warehouse) on the way to the tennis day camp, so I had the album on the way there and the way home pouring over that great cover with its cop of Elvis's first RCA album and Pennie Smith's alluring photos on the front, back and inside on the handwritten lyric sheets. It was one of those total packages that wrapped up and harmonized with the music inside in such a way that everything was heightened and that much more perfect and I still get that weird magical feeling today when I hear the record or even look over the cover.

1983 was was my punk summer- having already had my British Invasion season at 10 yrs old, and then a quick heavy metal phase and rap (Kurtis Blow, Run-DMC, UTFO and Whodini)-I also bought Never Mind the Bollocks (on cassette), Black Flag's Damaged, The Circle Jerks Golden Shower of Hits and the Dead Kennedy's debut that summer-the recent history of the first wave of British punk mixing somewhat oddly with the current American hardcore. I used to play my Sex Pistols cassette on a jam box on the way to school with my dear Grandmother driving the carpool. I feel a bit bad in retrospect about this, but she was such a wonderful person she never complained, just tolerated it.

Anyway those records mentioned above all still hold a similar allure though none quite as golden as London Calling. I couldn't believe that a double album could maintain such quality throughout, I dug ever song, maybe not so much the "Card Cheat", but everything else. The Clash, like the Beatles and The Ramones, were one of those rare groups whose image was as perfect and magnetic as their music, they had that gang appeal. And I lived with that record as my soundtrack for quite some time.  I used to play "I'm Not Down" to get myself pumped up and feeling cool before school, this would be deflated as the reality of junior high and my place there set in, but still it felt good while it lasted.  The 1,2,3 punch of of the first side floored me and the subtle reggae rhythms of Guns of Brixton and Revolution Rock started opening my mind to reggae.  The Clash like all the best groups turned you on to other things for me it was Rockabilly, Reggae, Lorca, Montgomery Clift and even Tom Waits and bongo jazz. If you are a fan make sure and seek out Pennie Smith's The Clash Before & After, a great set of b&w photos from the period. 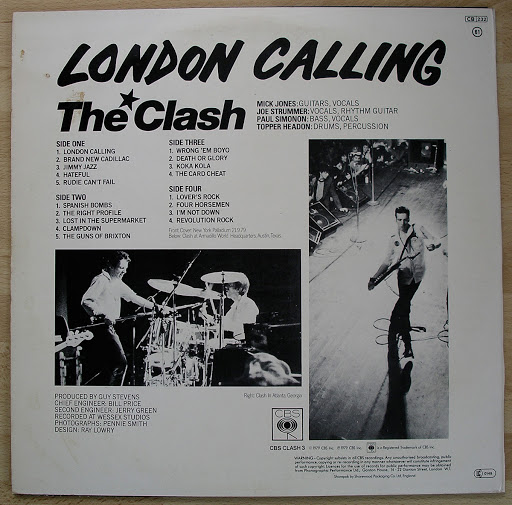 Ode To L.A. While Thinking of Brian Jones, Deceased 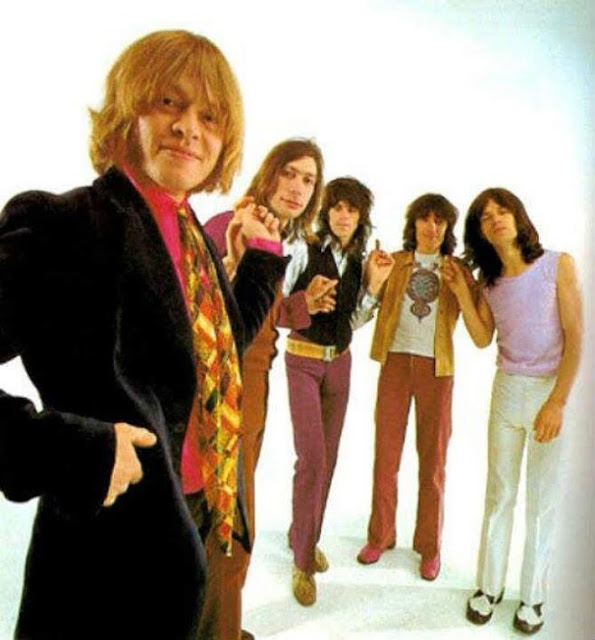 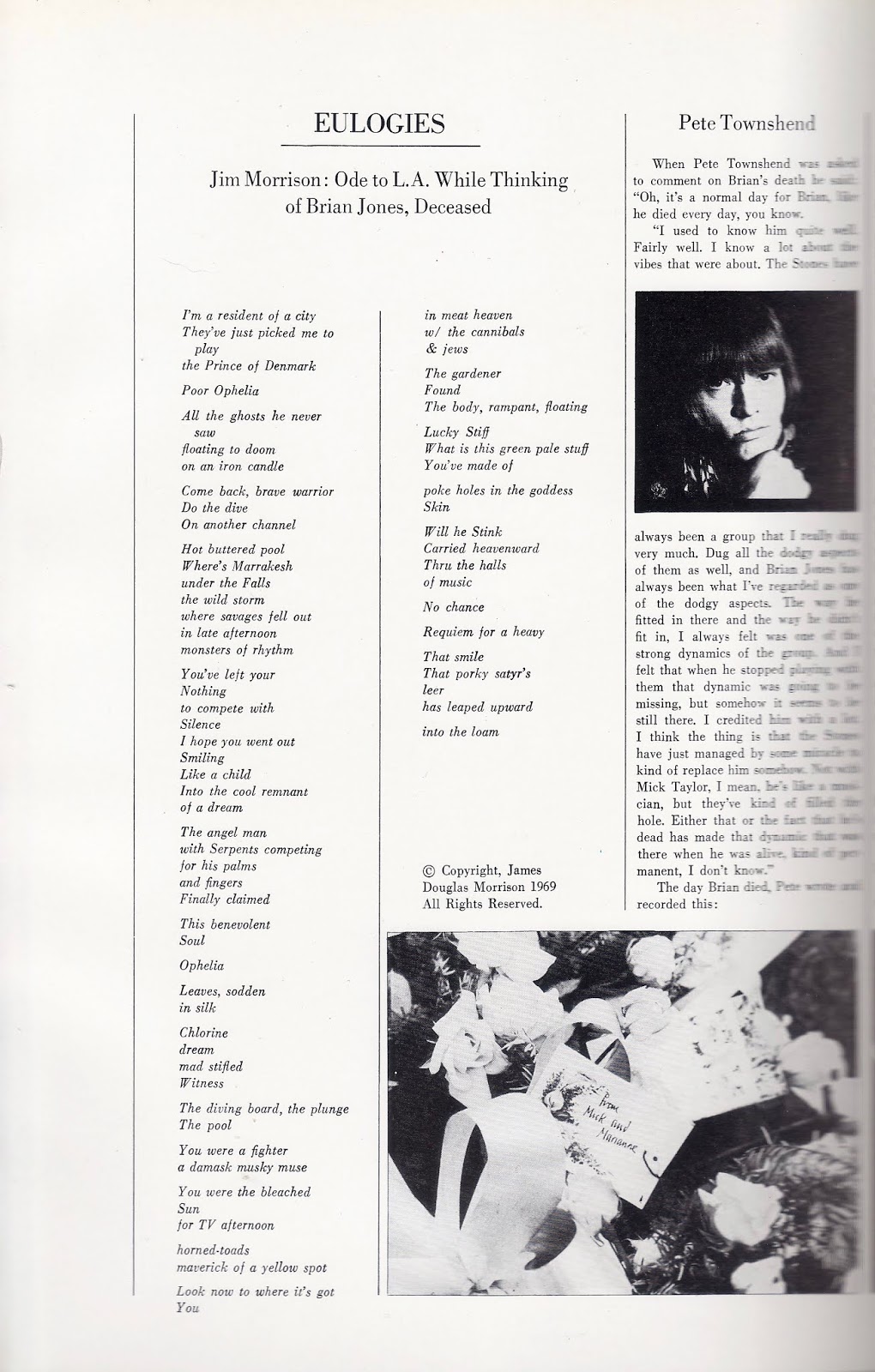 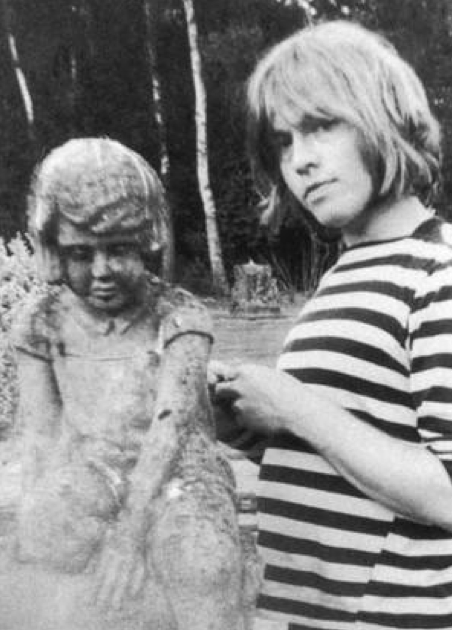