I tend to listen and think about music based around time periods- certain eras, blocks of time, say 1965-66 or 1978-81, whatever the case may be. And no matter the period I am currently dwelling in the experience is always enhanced by surrounding myself with media and artifacts from that time; books, magazines, comics, films, even clothes. Difficulties arise, especially in regards to books which take a bit longer to get through, when I am in the mid-60’s one day only to find that the next I am wanting to immerse myself in the early 1970’s or early 80’s. The intent of this blog is to detail my take on these various periods of the latter half of the 20th Century, in which I had the great pleasure to spend the first 29 years of my life. 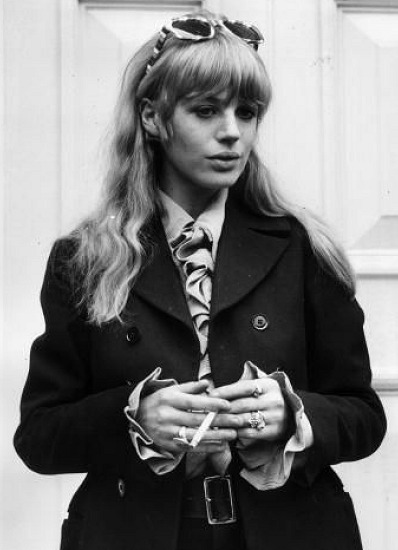 Inevitably different times of the year have come to be heavily associated in my mind with different genres and eras of music. Probably the strongest association I have formed between a time of year and music is the link between Christmas time and the English psychedelic music of 1967. The possible explanations for this connection are many; it might be all those colored flashing lights and decorations of the Christmas season,  or the mind-blowing miracle of the virgin birth of the son of God  (songs from 67 are always detailing lyrically the assault of reality on the protagonist's mind, from blowing it, to messing it up, to crowding it, these were fragile people), or it could be the look of the sharp dressed and mustached Beatles in the wintery "Strawberry Fields Forever" promo, or the similar ambience of the Rolling Stones on the cover of "Between the Buttons" (both from January 1967), or The Monkees second season Christmas special from December 1967 (starring Butch Patrick aka Eddie Munster), or the release of perennial psych classics like the Stones "Their Satanic Majesties Request" (originally slated to be titled Cosmic Christmas) Donovan’s "A Gift From a Flower to a Garden" and The Beatle’s "Magical Mystery Tour" all around Christmas 1967.  Whatever the reason the link is firmly established. 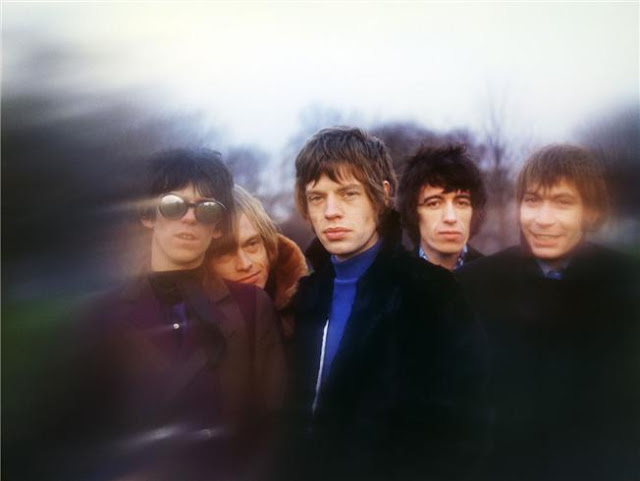 As a side note the Beatles definitely pulled off the look of 1967 better than most groups, that unique blend of retro fashions from the 1920’s (two toned shoes and baggy pin striped suit pants) and the Victorian & Edwardian eras with Indian garments (Nehru jackets and the like), afghan coats, paisley shirts, and Granny Takes a Trip wear- these kinds of combinations were a tricky proposition and if done wrong could quickly descend into a garish sloppy mess (see some late 67 photos of Cream for evidence). But the fab four had a real flair for putting these kind of combinations together for maximum effect and looked sharp and hip throughout 1967, especially John.


There’s a dark winter chill in the fairytale sounds of most of the English psychedelic music of 1967, and it does seem to be specifically English, one of my favorite late 1967 records, the Byrds' "Notorious Byrd Brothers",  just didn’t fit the overall feel I was going for with this mix and so was eventually cut. I have bent the rules a bit and included the Monkees (they’ve got an Englishman in there) and Peter Fonda covering a Donovan tune, because for whatever reason they did fit.

And so at this time of year, as the decorations go up around the house, I find myself shaving my beard into a moustache, wearing paisley ties and shirts, and military jackets whilst spinning a large helping of 1967 psychedelia and watching the multicolored lights of the Christmas tree blink on and off in time to the music. This mix will hopefully capture the feel of my connection between the psychedelia of 1967 and Christmas.  From my head to yours!