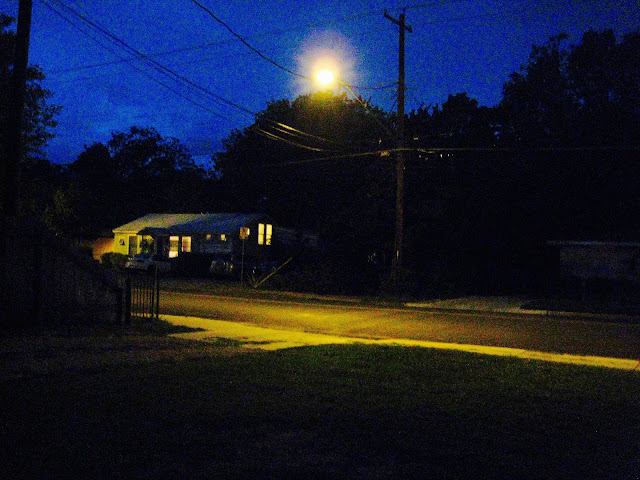 Once upon a time I had a band called The Soft Set from about 1999 to 2005 or 2006 or so.  Our first c.d. was self released and the second one Only Lovers Left Alive was released by the label Becalmed. We had a third album recorded but it was never released, its been so long I don't even remember why we didn't at least put it out ourselves, probably a result of my indecisiveness. But we didn't and it languished unheard and unloved- pretty much the story of this band's life.

Well enough time has past and having pulled it out and re-listened I've found a song sequence for it that I like and broke it down into two sides as if it were an LP.  Forgive this indulgence but I'll probably never live to see anything of mine pressed on vinyl so it's nice to pretend. I like how Florida ends side one and the second side opens up with our guitarist Dave's upbeat song History Lesson. I play the little guitar line on that one, but Dave does the solo-good song that. Some of these endings would have been faded when mastered, but oh well. I sort of like this best of the albums we made, as I was getting a little closer to the sound in my head with more varied instrumentation and even some slight psych touches. Like all of our recordings it was done at home. I was always too poor to afford a real studio.  I've often wondered how other bands afforded that- my suspicion is that there are a lot more rick kids in the game than I realized.

In any case here tis in the closest we ever got to a final mix and still in unmastered fidelity. After these recordings the line up of the band changed and we recorded and played out for another year or two - there's another unreleased E.P. after this one that also has some good stuff on it. After that we "softly went away forever".

Side One
1. Silence To Say Goodbye
2. Books on Saints
3. Words Don't Exist
4. Ballad Of A Plain Girl
5. Florida

-Matthew Baab guitar on Ballad of a Plain Girl, Florida & Only Lovers
-additional vocals on Books on Saints by Misi
-strings on Face to Face by (gotta check into this I can't remember)